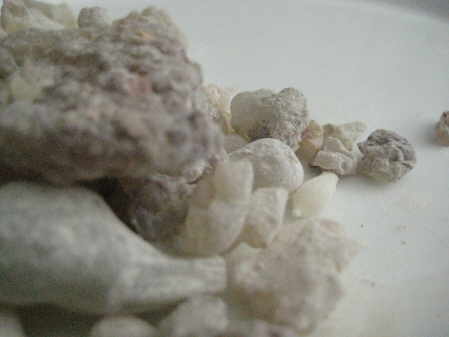 Also known as Indian Frankincense, Salai, Shallaki and in Latin as Olibanum Indicum.

Frankincense Serrata is most often sourced from India and is known commonly as Indian Frankincense as a result or Salai, referred to in Sanskrit as shallaki and in Latin as Olibanum Indicum.

It is, however, also found in Northern Africa and large areas of the Middle East. It is similar to Boswellia Carterii in character.

Boswellic Acid and other pentacyclic triterpene acids are present. Beta-boswellic acid is the major constituent and is analgesic and anti-inflammatory as a result and can reduce the pain and inflammation of joints.

The History of Frankincense Serrata

The name for this resin likely comes from incense of Franks since it was reintroduced to Europe by Frankish Crusaders. Although it is better known as frankincense to westerners the resin is also known as olibanum, which is derived from the Arabic al-lubán (the milk) a reference to the milky sap tapped from the Boswellia tree. Some have also postulated that the name comes from the Arabic term for Oil of Lebanon since Lebanon was the place where the resin was sold and traded with Europeans. Compare with Exodus 30 : 34, where it is clearly named levonah, meaning either white or Lebanese in Hebrew.

The lost city of Ubar, sometimes identified with Irem in what is now Oman, is believed to have been a centre of the frankincense trade along the recently rediscovered Incense Road. Ubar was rediscovered in the early 1990s and is now under archaeological excavation.