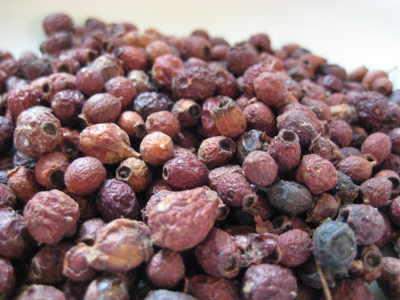 Like most dried berries, Hawthorn can sometimes develop a whiteish exterior coating which will easily wash off before use.

Hawthorn Berry (Crataegus oxyacanthas) , also known as Thornapple, May-tree, Hawberry and Whitehorn, is a native to the Northern Hemisphere in Europe, Asia and North America.  The word Haw is old English and typically applies to the fruit – it meant hedge.