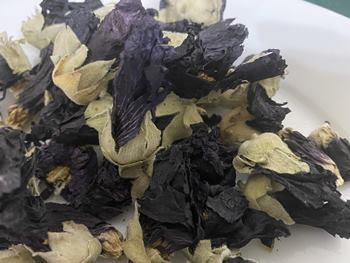 For centuries Black Mallow Flowers (Malvae arboreae) were laid down in front of dwellings or worn as a garland for Mayday/Beltane celebrations in England.

These flowers do not have a fragrance and are, infact, like almost all black flowers, a deep deep red whenput under a bright light.