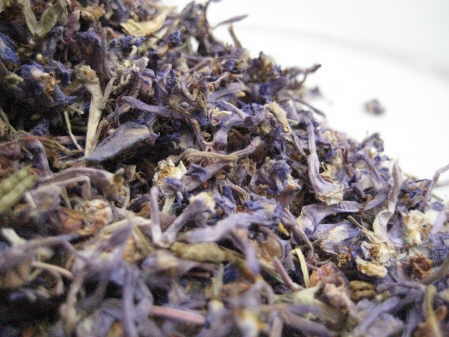 The Field Larkspur grows wild in agricultural fields throughout the whole of Europe. It is not thought to be a native to the UK however but nothing is known about its introduction to the UK either. It was once quite common in East Anglian chalk fields but changes in agricultural methods over the years has seen the wildflower population reduce considerably over the years.

It grows in many colours from pinks and whites to blues and purples, the latter examples of which have always been the most popular. It is an annual, with upright, round stems 12 inches high or more, pubescent and divided into alternate, dividing branches. The leaves are alternate, the lower ones with petioles 1/2 inch long, the upper ones sessile, or nearly so. The plant closely resembles some of the species commonly cultivated in gardens.

The flowers are in short racemes, pink, white, purple or blue, followed by glabrous follicles containing black, flattened seeds with acute edges and pitted surfaces. The seeds are poisonous. They have an acrid and bitter taste but have no odour.

The active principle in the plant is Delphinine which is the same as in another plant of the same family, Stavesacre (Delphinium staphisagria) not sold by us, which is an irritant and highly poisonous. It is mostly present in the seeds and, therefore, it is these that, under professional guidance, are used medicinally. Usually made into a tincture which acts as an insectiscide and parasiticide (used throughout the Great War in the trenches )

The tincture, given in 10-drop doses, gradually increased, is also employed in spasmodic asthma and dropsy.

The expressed juice of the leaves is considered good as an application to bleeding piles, and a conserve made of the flowers was formerly held to be an excellent medicine for children when subject to violent purging.

The juice of the flowers and an infusion of the whole plant was also prescribed against colic.

The expressed juice of the petals with the addition of a little alum makes a good blue ink.

The name Delphinium comes from Delphin (Latin – a dolphin or the Greek – Delphinus, a sea god that Poseidon made leader of Dolphins), and was given to this genus because the buds were held to resemble a dolphin. Shakespeare mentions the plant under the name of Lark’s Heel. The name Consolida refers to the plant’s power of consolidating wounds.