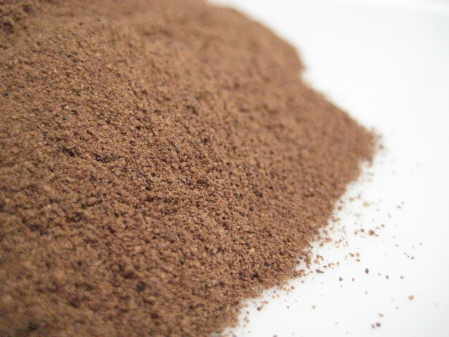 Allspice Berries, also called Jamaica Pepper, Myrtle Pepper, Pimento, or Newspice, is a spice which is the dried unripened fruit of the Pimenta dioica plant.

The name “allspice” was coined by the English, who thought it combined the flavour of several spices, such as cloves, pepper, and even cinnamon and nutmeg.

Allspice has a complex aroma, hence its name. It is an aromatic spice with a taste similar to a combination of cinnamon and cloves, but hotter and more peppery. It reportedly scores between 100 and 500 on the Scoville scale of hotness (most often used for chilli peppers).

Christopher Columbus discovered Allspice in the Caribbean. Although he was seeking pepper, he had never actually seen real pepper and he thought Allspice was what he was searching for (or so the myth persists)

He brought it back to Spain, where it got the name “Pimienta,” which is Spanish for pepper. Its Anglicized name, Pimento, is occasionally used in the spice trade today.

Before World War II, Allspice was more widely used than it is nowadays. During the war, many trees producing the berries were cut down, and production never fully recovered. Most Allspice is produced in Jamaica, but some other sources for the spice include Guatemala, Honduras, as well as Mexico.

Jamaican Allspice is considered to be superior due to its higher oil content, which gives it a more appealing flavour.

Allspice is one of the most important ingredients of Caribbean cuisine. It is used in Caribbean jerk seasoning (the wood is used to smoke jerk in Jamaica, although the spice is a good substitute), in Molé sauces, and in pickling.

It is also an ingredient in commercial sausage preparations and curry powders. Allspice is commonly used in Great Britain and appears in many dishes, including cakes. Even in many countries where the spice is not very popular in the household, such as Germany, it is used in large amounts by commercial sausage makers. Allspice is also a main flavour used in barbeque sauces.