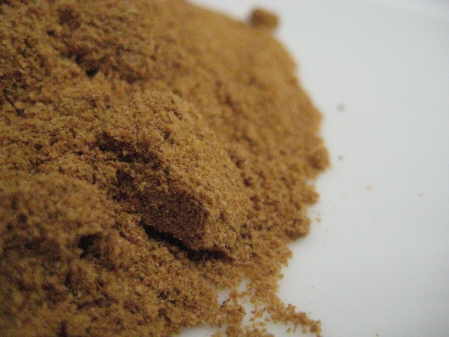 Balti Curry Blend is from Baltistan which is a region of northernmost Pakistan with influences from Persia, Tibet and China.

Balti Gosht is eaten in North West India and Northern Pakistan but now introduced all over the worldespecially in the UK. It seems to have appeared in the UK in Birmingham in the ealy 70’s and it is thought to have originated in Gilgit at the tip of Northern Pakistan.

Traditionally a “Balti” would be cooked and served in a karahi (small Indian wok), without utensils, and would be eaten with fingers using naan (roti) to scoop the meal into your mouth. It usually employs meat that is off the bone and is cooked quickly using vegetable oil rather than ghee.

The origins of Balti cooking are wide ranging and owe as much to China with a slight resemblance to the spicy cooking of Szechuan and Tibet, as well as to the ancestry of the Mirpuris, the tastes of the Moghul emperors, the aromatic spices of Kashmir, and the ‘winter foods’ of lands high in the mountains.

It was made very popular in the UK during the 1980’s and has remained so ever since.