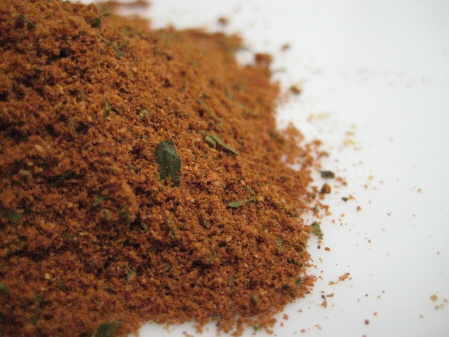 The curry contains chillies and is usually garnished with finely sliced fresh green chillies which means that the heat is variable from medium to hot. Our blend would be classified as medium.

For those who have suffered from the heat of a curry then let us put something of an urban myth to rest. Drinking beer or ice cold water to remove the stinging heat of chilly from the mouth actually makes it worse! – Why? – Because chilly heat (capsaicin) is oil based and oil does not mix with water – it does, however, mix with fat and is diluted by it so the fat content in milk and yoghurt is an effective “coolant”

try it – a little common sense and a lot of relief!