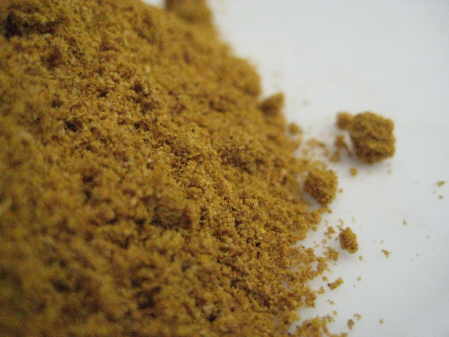 Rogan josh  روغن جوش‎  also sometimes referred to as Roghan Josh or Roghan Ghosht is an aromatic lamb dish of Persian origin, which is one of the signature dishes of Kashmiri cuisine. I first had it in Muree in Northern Pakistan in 1981

Brought to Kashmir during the Moghul invasion it is now a staple and one of the main dishes in the multi course meal called Wazwan.

Rogan josh consists of braised lamb chunks cooked with a gravy based on browned onions or shallots, yogurt, garlic, ginger and aromatic spices (cloves, bay leaves, cardamom and cinnamon). Its characteristic brilliant red colour traditionally comes from liberal amounts of dried Kashmiri chilies that have been de-seeded to reduce their heat although other red based natural colourants are known to be used.

It is a dish of fragrance rather than heat and mild enough to be appreciated by palates that may not have been conditioned to tolerate the fiery heat of chillies.  Saffron is also part of some traditional recipes.

Although the dish is from Jammu & Kashmir, it is a staple in British curry houses, whose menu is partly Bangladeshi inspire.

For those who have suffered from the heat of a curry then let us put something of an urban myth to rest. Drinking beer or ice cold water to remove the stinging heat of chilly from the mouth actually makes it worse! – Why? – Because chilly heat (capsaicin) is oil based and oil does not mix with water – it does, however, mix with fat and is diluted by it so the fat content in milk and yoghurt is an effective “coolant”

try it – a little common sense and a lot of relief!