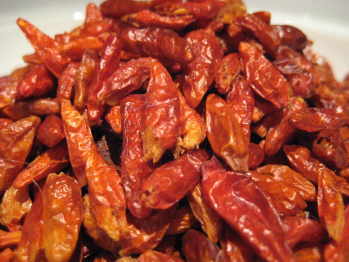 Chillies, come in all shapes, sizes and colours ranging from tiny pointed extremely hot, birds eye chilli ( this product ) to the large mild fleshy peppers like the anaheim. Indigenous to Central and South America and the West Indies. They have been cultivated there for thousands of years before the Spanish conquest, which eventually introduced them to the rest of the world.Not all dry and store well so the range available is smaller for the dried product than the fresh.