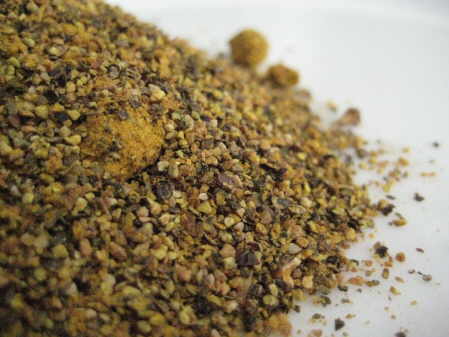 Lemon zest is macerated in with the cracked black pepper which promotes and allows the citrus oil to infuse the pepper.

The blend is then baked and dried and can be used on meats and pasta. It has a particular affinity with poultry it is said. When it was first created it was with seafood in mind that the blend was put together.

The berries of Piper nigrum ( Pepper) grow in spikey clusters on vines that reach 30 feet or more. The vines are cultivated on small plots that must be tended to carefully. The vine is trained to grow onto support posts, regular weeding and fertilisers are mandatory and shade from the sun is sometimes necessary.