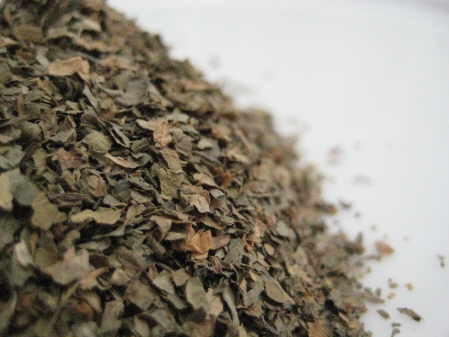 Coriander Leaf is used as a herb and is native to southwestern Asia and west to north Africa. It is a soft, hairless, foetid plant growing to 50 cm tall.  The name coriander derives from French coriandre through Latin coriandrum in turn from Greek 

All parts of the plant are edible, but the fresh or dried leaves and the dried seeds are the most commonly used in cooking. Coriander is commonly used in Middle Eastern, Mediterranean, South Asian, Latin American, Chinese, African and Southeast Asian cuisine.

The dry fruits are known as coriander seeds. In some regions, the use of the word coriander in food preparation always refers to these seeds (as a spice), rather than to the plant or leaves. The seeds have a lemony citrus flavour when crushed, due to the presence of the terpenes linalool and pinene. It is also described as warm, nutty, spicy, and orange-flavoured. They are usually dried but can be eaten green.

Coriander leaf is most usually used as a garnish but the dried leaf is usually added to dishes towards the end of their cooking.

Outside Asia, coriander seed is an important spice for sausages in Germany and South Africa. In Russia and Central Europe coriander  is an occasional ingredient in rye bread as an alternative to caraway. Apart from the uses just noted, coriander seeds are rarely used in European cuisine today, though they were more important in former centuries.