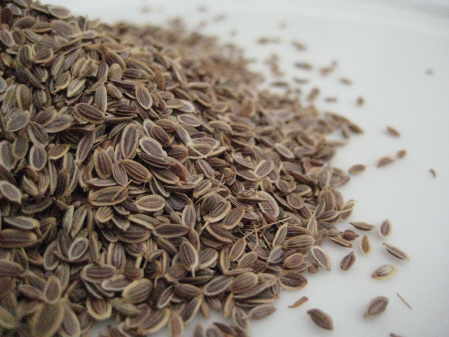 Dill Seed is harvested from Anethum graveolens, which is a short-lived annual herb, native to southwest and central Asia. It is the sole species of the genus Anethum, though classified by some botanists in the related genus Peucedanum as Peucedanum graveolens.

Like caraway, its fernlike leaves are aromatic, and are used to flavour many foods, such as gravlax (pickled salmon), borscht and other soups and pickles but its seeds are also used to flavour pickles.