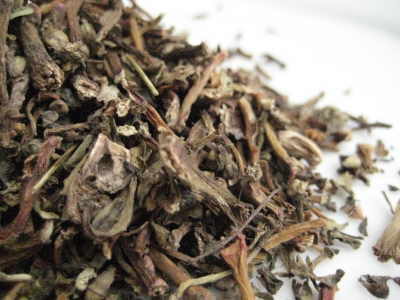 Common Purslane (Portulaca oleracea) is also variously known as Verdolaga, Red Root, or Pursley and is a succulant which belongs to the Portulacaceae family.

It can reach about 40 cm in height, has yellow flowers which only stay open for a few hours in the early part of the day if it is sunny and which might appear at any time of the year as their blooming is entirely dependant upon rainfall. Seeds are formed in a tiny pod, which opens only when the seeds are mature.

The plant is widely distributed throughout the world from Europe, through Africa, the Middle East and Asia and into Australasia, in some parts of which it is regarded as an invasive and somewhat exotic weed. In the North American continent there is evidence that it was already growing in the pre Columbian era but how it arrived in that part of the world is not yet conclusive

Purslane is sometimes eaten as a vegetable. William Cobbett said that it was “eaten by Frenchmen and pigs when they can get nothing else. Both use it in salad, that is to say, raw”.

It has a slightly sour and salty taste and is eaten throughout much of Europe, the Middle East, Asia, and Mexico. The stems, leaves and flower buds are all edible. Its mucilaginous attributes whish are evident in the dried herb makes it suitable for soups and stews. The sour taste is due to oxalic and malic acid, the latter of which is produced through the crassulacean acid metabolism (CAM) pathway that is seen in many xerophytes (plants living in dry conditions), and is at its highest when the plant is harvested in the early morning.

Pliny the Elder, friend of the Emperor Vespasian and the author of Natural History ( Naturalis Historia ) who died in AD 79 as a consequence of the eruption of Vesuvius that destroyed Herculaneum and Pompeii wrote that its healing qualities were so numerous and reliable that wearing the plant as an amulet expels all evil!

The Aborigines of Australia use the seeds of purslane, in particular, to make seedcakes. Greeks, who call it andrákla (αντράκλα) or glistrída (γλιστρίδα), use the leaves and the stems with feta cheese, tomato, onion, garlic, oregano, and olive oil. They add it in salads, boil it, or add it to casseroled chicken (usually in fresh but also in this dried form.) In Turkey, besides being used in salads and in baked pastries, it is cooked as a vegetable similar to spinach, or is mixed with yogurt to form a Tzatziki variant.

It is a common plant in parts of India, and is known there as sanhti, punarva, paruppu keerai (Tamil), gangavalli(Telugu) or kulfa (Hindi)

Also present are two types of betalain alkaloid pigments, the reddish betacyanins (visible in the coloration of the stems) and the yellow betaxanthins (noticeable in the flowers and in the slight yellowish cast of the leaves). Both of these pigment types are potent antioxidants and have been found to have antimutagenic properties in laboratory studies.