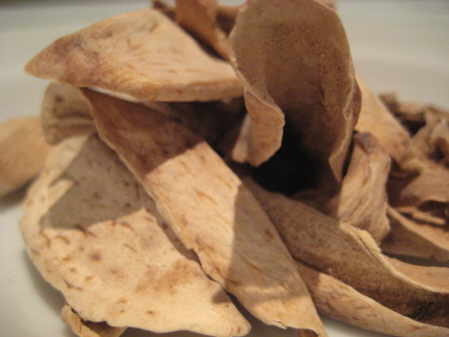 Amchoor is sometimes known as Mango and its use is principally confined to Indian cookery, where it is used as an acid flavouring in curries, soups, chutneys, marinades and also as a popular condiment.

It acts as a souring agent in a similar fashion to tamarind. It is particularly useful as an ingredient in marinades, having the same tenderising qualities as lemon or lime juice. However, where, for instance, three tablespoons of lemon or lime juice are required, one teaspoon of chopped Amchoor will suffice.

Both Chicken and fish are enhanced by the use of Amchoor which can be chopped and added to sauces or pickles as a souring agent.