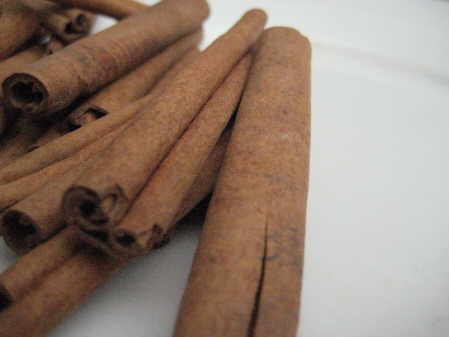 Also known as Bastard Cinnamon, Chinese Cinnamon, Indonesian Cinnamon (although this last one is more properly the species Cassia burmannii)

Cassia (Cinnamomum aromaticum) is an evergreen tree native to southern China and mainland Southeast Asia west to Myanmar. The tree grows to 10-15 m tall, with greyish bark, and hard elongated leaves 10-15 cm long, that have a decidedly reddish colour when young.

Like its close relative, Cinnamon (Cinnamomum zeylanicum, also known as “true cinnamon” or “Ceylon cinnamon“), it is used primarily for its aromatic bark, which is used as a spice, often and confusingly, under the culinary name of “cinnamon”. The buds are also used as a spice, especially in modern India and once in Ancient Rome.

It is the dried bark of the tree which is used as a spice. It’s flavour, however, is less delicate than that of true cinnamon; for this reason it is sometimes called “bastard cinnamon” and often preferred, by Chefs, for aromatic savoury dishes over the sweeter more delicate true cinnamon.

Most of the spice sold as cinnamon in the United States and Canada (where true cinnamon is still generally unknown) is actually Cassia. In some cases, it is labeled “Chinese cinnamon” to distinguish it from the more expensive true cinnamon (Cinnamomum zeylanicum), which is the preferred form of the spice used in Mexico and Europe. “Indonesian cinnamon” can also refer to Cinnamomum burmannii, which is also commonly sold in the United States, labeled only as cinnamon.

Cassia bark (both powdered and in crushed or whole, quill form) is used as a flavouring agent, for sweets, desserts, baked goods, and meat; it is specified in many curry recipes, where cinnamon is less suitable. Cassia is sometimes added to true cinnamon but is a much thicker, coarser product. Cassia is sold as pieces of bark (as is this product) or as neat quills or sticks. Cassia sticks can be distinguished from true Cinnamon sticks in the following manner: Cinnamon sticks have many thin layers and can easily be made into powder using a coffee or spice grinder, whereas Cassia sticks are extremely hard, are usually made up of one thick layer and can break an electric spice or coffee grinder if one attempts to grind them without first breaking them into very small pieces.

Cassia buds, although rare, are also occasionally used as a spice. They resemble cloves in appearance and flavour.