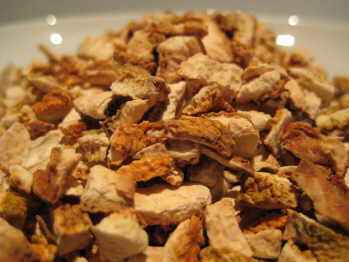 It is a bitter stomachic, but is more used as a flavouring agent than for this property. It can be re-hydrated using twice the quantity of water to dry measure of Lemon peel.

Dried lemon peel is used in India specifically, but also all round the world, in making official preparations for which fresh lemon peel is directed to be used, when the fresh peel cannot be obtained. It is sometimes used in pot pourri mixtures but it is the powdered Lemon peel which tends to be used in cosmetic preparations.