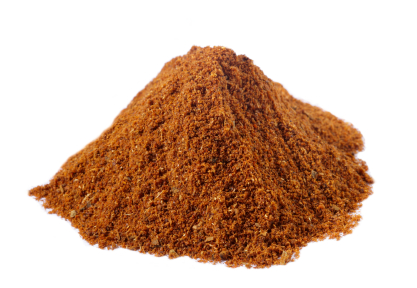 Baharat is a Middle Eastern Spice mix or blend not dissimilar to the North African Ras el Hanout but a bit hotter, in our opinion, from its use of pepper and paprika.

Baharat, in Arabic, means “spices”. The name originated in Medieval India, as Bh rat, a Sanskrit name for India, and was the source of these spices. The mixture of finely ground spices is often used to season lamb, fish, chicken, beef, and soups. Additionally, it may be used as a condiment, to add more flavour after a meal has been prepared.

There are many variations on the recipe, some calling for Allspice and dried black lime as ingredients and chilli is sometimes added too. Traditional Baharat ( as opposed to Gulf Baharat ) doesn’t always include chillies.

You can rub the dry spice mix over red or white meats before roasting or add the spice mix to casseroles for a Middle Eastern twist.

For Middle Eastern spiced steak, preheat a barbecue grill or chargrill on high. Rub the spice mix over both sides of beef steaks and cook on grill until cooked to your liking. Serve with a rocket and mixed tomato salad.

To make a marinade of the spice mix, simply mix with olive oil and either lime or lemon juice to create a thin paste or use yoghurt instead of the oil.