View basket “Cut Liquorice Root – Glycyrrhiza glabra” has been added to your basket. 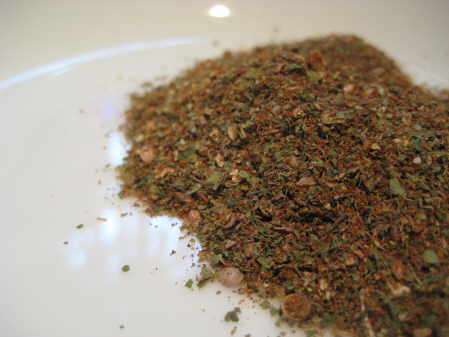 Chermoula or Charmoula is a marinade used in Algerian, Moroccan and Tunisian cooking. It is usually used to flavour fish or seafood, but it is equally at home when used with meats or vegetables. In the West it most often commercially purchased in a ready mixed wet paste in a jar but in it origin it is a blend of spices ready to be made into all manner of items such as a paste or a marinade, rub or dipping mix.

The Chermoula spice blend is most often mixed with oil, lemon juice, sometimes pickled lemons, onion, and fresh coriander to make a paste and then used as a spicy dip base or meat/fish rub before grilling. It can be used as a dry rub or used to add flavour to stewed dish.

There are so many different recipes for the blend as one woudl expect with many local variations that use different spices, and the proportions of spices can vary widely. In most recipes, however, the first two ingredients are almost always garlic and coriander.

A Moroccan version ( this one in particular) includes dried parsley, cumin, and paprika and is the original seasoning for grilling meat and fish in Moroccan cuisine.