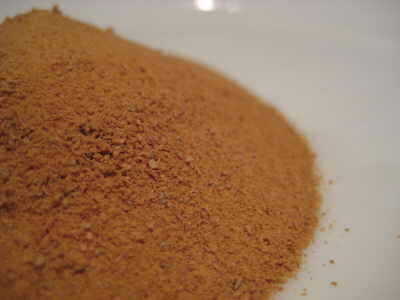 Brewers yeast is a natural ingredient produced from the spent yeast grown during the production of beer. The spent yeast is washed, recovered and dried at a controlled temperature stopping biological activity whilst maintaining its unique nutritional properties.

Brewers yeast contains a natural mixture of high-grade protein, vitamins and minerals and therefore is an excellent cost effective way to enhance the nutritional value of basic foodstuffs.

It is one of the most concentrated natural sources of the B group vitamins, including riboflavin, (Vitamin B1) and thiamin (Vitamin B2) but not B12. Brewers yeast contains a minimum of 40% high-grade protein and therefore the amino acids essential for good health, one of them being lysine.

Brewers yeast also provides a natural source of minerals such as phosphorus, calcium and potassium. Brewers yeast contains approximately 36% carbohydrate and more specifically oligosaccharides, which are considered to have a prebiotic effect.

It has been use to combat diarrhoea and to help with cholesterol reduction.

The word “yeast” comes from the Old English language “gist”, “gyst”, ultimately from the Indo-European root “yes-“, meaning boil, foam, or bubble. Yeast microbes are probably one of the earliest domesticated organisms. People have used yeast for fermentation and baking throughout history. Archaeologists digging in Egyptian ruins found early grinding stones and baking chambers for yeasted bread, as well as drawings of 4,000-year-old bakeries and breweries.

In 1680 the Dutch naturalist Anton van Leeuwenhoek first microscopically observed yeast, but at the time did not consider them to be living organisms but rather globular structures.

In 1857 French microbiologist Louis Pasteur proved in the paper “Mémoire sur la fermentation alcoolique” that alcoholic fermentation was conducted by living yeasts and not by a chemical catalyst. Pasteur showed that by bubbling oxygen into the yeast broth, cell growth could be increased, but the fermentation inhibited – an observation later called the Pasteur effect.