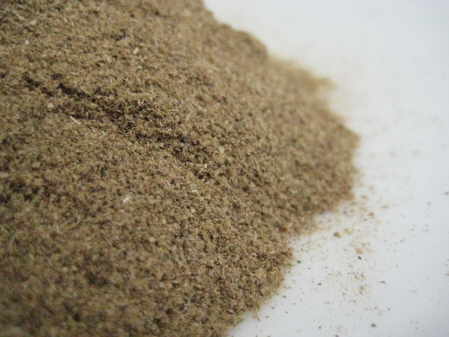 Oregano Powder or Pot Marjoram is a species of Origanum, native to Europe, the Mediterranean region and southern and central Asia. It is a perennial herb, growing to 20-80 cm tall, with opposite leaves 1-4 cm long. The flowers are purple, 3-4 mm long, produced in erect spikes. The name means “Joy of the Mountains”

Oregano is an important culinary herb. It is particularly widely used in Greek and Italian cuisines. It is the leaves that are used in cooking, and the dried herb is often more flavourful than the fresh.

It is a conditio sine qua non in Italian cuisine. It is used in tomato sauces, fried vegetables and grilled meat. Together with basil, it makes up for the character of Italian dishes.

Oregano Powder combines nicely with pickled olives, capers and lovage leaves. Unlike most Italian herbs, oregano works with hot and spicy food, which is popular in southern Italy.

Oregano is an indispensable ingredient for Greek cuisine. Oregano adds flavour to the Greek salad and is usually used separately or added to the lemon-olive oil sauce that accompanies almost every fish or meat barbecues and some casseroles.

It has an aromatic, warm and slightly bitter taste. It varies in intensity; good quality is so strong that it almost numbs the tongue, but the cultivars adapted to colder climates often have a less fulsome flavour. The influence of climate, season and soil on the composition of the essential oil is greater than the difference between the various species.

Other Species from which Oregano Powder is obtained:-