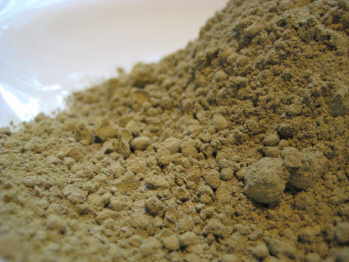 Arthrospira is cultivated around the world, and is used as a human dietary supplement as well as a whole food and is available in tablet, flake, and in this, its unadulterated powdered form.

Spirulina is exceedingly adaptable and occurs in a wide variety of environments including fresh water, tropical springs, saltwater and saltpans.

Spirulina is full of nutrients and very easily digested.

There are many forms of valuable algae and in the last 40 years Arthrospira has been singled out for its nutritional properties. Long before it became a favourite of the health food industry, The algae was eaten regularly by North Africans and Mexicans many centuries ago. Now many people around the globe realise that Spirulina is a powerful food with huge potential as a whole food source, medicine and biochemical resource.

A great deal of research has concentrated on the cultivation and harvesting of what is affectionately referred to as the green. It has been described as probiotic and a superfood.

The cultivation of Spirulina has also brought interest because, as with most micro algae, it is extremely adaptable, often thriving in extreme conditions. With its rich nutritional goodness and ability to grow in adverse conditions, it has a huge potential to be a food source that will help feed and nourish the worlds population.

As a plant, it is incredibly rich containing a balance of nutrients that make it virtually a whole food capable of sustaining life without the need for other foods.

Spirulina provides vitamins, many minerals, essential amino acids, carbohydrates and enzymes. Spirulina is at least 60% vegetable protein, which is predigested by the algae, making it a highly digestible food. It is higher in protein than any other food. Its outstanding nutritional profile also includes the essential fatty acids, GLA fatty acid, lipids, the nucleic acids (RNA and DNA), B complex, vitamin C and E and phytochemicals, such as carotenoids, chlorophyll (blood purifier), and phycocyanin (a blue pigment), which is a protein that is believed to inhibit cancer.