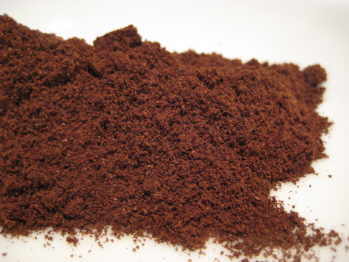 This is just pure 100% Vanilla powder, ground to a medium consistency for convenience. There are no additives like sugar and nor is it a sub standard substitute for vanilla pods – It is high quality premium Madagascan Vanilla.

Vanilla is a flavouring derived from orchids in the genus Vanilla. The name came from the Spanish word “vainilla”, meaning “little pod”

It is a native of Mexico, though it is now widely grown throughout the tropics. Madagascar is the world’s largest producer. Additional sources include Vanilla pompona and Vanilla tahitiensis (grown in Tahiti).

Vanilla is a vine: it grows by climbing over some existing tree, pole, or other support. It can be grown in a wood (on trees), in a plantation (on trees or poles), or in a “shader”, in increasing orders of productivity. Left alone, it will grow as high as possible on the support, with few flowers. Every year, growers fold the higher parts of the plant downwards so that the plant stays at heights accessible by a standing human. This also greatly stimulates flowering.

The part of the plant in which the distinctive flavoured compounds are found is the fruit, resulting from the pollination of the flower. One flower produces one fruit. Vanilla planifolia flowers are hermaphrodite: they carry both male (anther) and female (stigma) organs; however, to avoid self-pollenating (which would tend to result in genetic deficiencies), a membrane separates those organs. Such flowers may only be naturally pollinated by a specifically equipped bee (Meliplona) found in Mexico. Growers have tried to bring this bee into other growing locales, to no avail. The only way to produce fruits in these locales is to, therefore, employ artificial pollination.

A simple and efficient artificial pollination method was introduced in 1841 by a 12 year-old slave named Edmond Albius on Réunion, then a French colony, in the Indian Ocean. This method is still used today. Using a bevelled sliver of bamboo, an agricultural worker folds back the membrane separating the anther and the stigma, then presses the anther on the stigma. The flower is then self-pollinated, and will produce a fruit. The vanilla flower lasts about one day, sometimes less, thus growers have to inspect their plantations every day for open flowers, a labour-intensive task.

The fruit (a seed pod), if left on the plant, will ripen and open at the end; it will then exhaust the distinctive vanilla smell. The fruit contains tiny black seeds, which, in ripe fruits, carry no vanilla flavour. These black seeds are the tiny black specks found in dishes prepared with whole natural vanilla.

Like other orchids, vanilla seed will not germinate without the presence of certain mycorrhizal fungi. Growers reproduce the plant by cutting: they cut sections of the vine with six or more leaf nodes, which have a root opposite each leaf. The lower two leaves are removed and this portion is covered in loose soil at the base of the support tree or post. The remaining upper roots will cling to the support and often will eventually also grow down into the soil. Growth is rapid under good conditions.

Vanilla Powder (pure ground beans or lesser quality beans blended with sugar, starch or other ingredients – check with the supplier)

Vanilla flavour in creams, cakes and other foodstuff may be achieved by adding some vanilla extract or by cooking vanilla beans in the liquid preparation. A stronger aroma may be attained if the beans are split in two; exposing greater surface area of the bean to the liquid. In this case, the innards of the beans (the seeds), consisting of flavourless tiny black grains, are mixed into the preparation. Natural vanilla gives a brownish to yellowish colour to preparations, depending on concentration.

Good quality vanilla has a strong aromatic flavour, but foodstuffs with small amounts of low quality vanilla or artificial vanilla-like flavourings are far more common, since true vanilla is much more expensive.

One major use of vanilla is in flavouring ice cream and thus most people consider it to be the “default” flavour. By analogy, the term “vanilla” is used as a synonym for “plain”.

Another use is in the cosmetics industry as an ingredient of perfumes.

In old medicinal literature, vanilla is described as an aphrodisiac and a remedy for fevers, but these purported uses have never been scientifically proven.

Essential oil of vanilla and vanillin were and are sometimes used in aromatherapy.

Methyl vanillin is used by the food industry as well as ethyl vanillin. The ethyl is more expensive but has a stronger note. Cook’s Illustrated ran several taste tests pitting vanilla against vanillin in baked goods and other applications, and to the consternation of the magazine editors, all tasters preferred the flavour of vanillin to vanilla.

Vanilla was a highly regarded flavouring in Pre-Columbian Mesoamerica, and was brought back to Europe (and from there to the rest of the world) by the Spanish Conquistadors.

In ancient Mexico the Totonac people were regarded as the producers of the best vanilla. The Totonac are from the region that is now known as the state of Veracruz (Papantla, Mexico, holds itself out as the origin of vanilla). They continued to be the world’s chief producers of the flavouring through the mid 19th century. At that time, French vanilla growers in Mexico traded their knowledge of artificial pollination of flowers for the Totonac knowledge of preparing the beans.

The Coca-Cola Corporation is the world’s largest customer of natural vanilla extract. When New Coke was introduced in 1985, the economy of Madagascar crashed, and only recovered after New Coke flopped. The reason was that New Coke used vanillin, a less expensive synthetic substitute, and purchases of vanilla more than halved during this period.

The market price of vanilla rose dramatically high in the late 1970s due to a typhoon. Prices stayed stable at this level through the early 1980s due to the pressure of recently introduced Indonesian vanilla. In the mid 1980s the cartel that had controlled vanilla prices and distribution since its creation in 1930 disbanded. Prices dropped 70% over the next few years to nearly $20 USD per kilo. This changed due to typhoon Huddah, which struck early in the year 2000. The typhoon, political instability, and poor weather in the third year drove vanilla prices to an astonishing $500 USD per kilo in 2004. Its been rising ever since.