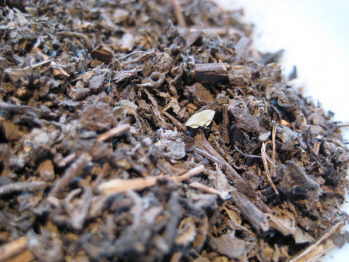 BACKGROUND INFORMATION ON PATCHOULI LEAF AS A MEDICINAL HERB:-

In India, people use Patchouli (Pogostemon cablin) leaves to protect valuable clothing and carpets in order to repel moths and many other insects for which is can be particularly effective.

Indian cashmere shawls were once, and less frequently so now, delicately scented by being stored in wooden containers aromatised with Patchouli oil or leaves.

The Arabs took large quantities of Patchouli with them on pilgrimages, stuffing the leaves into sleeping materials to ward off contagious disease.

TRADITIONAL USES OF PATCHOULI LEAF AS A MEDICINAL HERB:-

It is not recommended to take Patchouli internally except under strict guidance but a tea of the leaves can be made and the resultant liquor used to combat psoriasis, acne, dry skin, fungal infections, dermatitis, dandruff and eczema if applied topically to the affected area. Patchouli, taken internally has been used to treat dysentery, diarrhoea, colds without fevers, vomiting, and nausea. The leaves can help aid healing in burns.

Nowadays the leaves are used chiefly for their fragrance and for the aphrodisiac attributes the plant is alleged to have and the oil obtained from them is widely used as a fixative in the perfume industry.