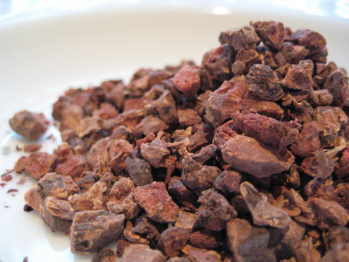 It is both astringent and a tonic, and may be used in chronic diarrhoea and dysentery, passive hemorrhages, etc.

It is employed as a gargle in sore, relaxed and ulcerated throat. The fluid extract acts as a styptic to cuts, wounds, etc.

A strongly-made decoction is recommended as a good wash for piles and inflamed eyes. The decoction is made by boiling 50 grams of the bruised dried root in 250 mls of water till it is reduced one-third. It is then strained.

In the Western Isles of Scotland and in the Orkneys the roots were once used for tanning leather and considered superior even to oak bark, being first boiled in water and the leather steeped in the cold liquor. The Laplanders employed the thickened red juice of the root for staining leather red.

The Americans use the name Tormentil for Geranium maculatum, the Spotted Cranesbill, which has similar properties.

The name Tormentil is said to be derived from the Latin tormentum, from which we gain the word torment, signifying the relief it gives to the gripes.