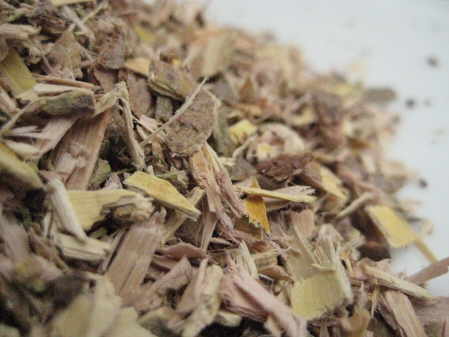 Allergy to white willow is serious. If you experience any allergic reactions while using white willow immediately cease taking it and seek treatment. Asthma patients should avoid white willow.

Heavy or long term use can cause toxicity. Symptoms of toxicity include nausea, dizziness, fatigue and vomiting. Using white willow for too long strains the digestive system and may cause bleeding or kidney damage.

People should avoid taking white willow if they have suffered a stroke, kidney or heart disease, and stomach ulcers. Do not use willow if you are allergic to aspirin. Do not combine white willow with blood thinners or diuretics.

White Willow Bark (Salix alba) is derived from the bark of Willow trees. They are mostly found on moist soils in colder and temperate areas of the Northern Hemisphere.

Most of the species are known as Willow, but some narrow-leaved shrub species are called Osier, and some broader-leaved species are referred to as Sallow, both considered alterative names for this herb.

It is quite often used as a preventative for migraine sufferers as low dosage asprin is also considered a preventative measure, however, the indeterminate salicin content of the un-refined bark makes dosage measurement rather random.

The tree bark is used to create an infusion. The extremely bitter taste of Willow may cause gastric discomfort though. Combining a dosage of Willow with other herbs such as liquorice can alleviate this pain and make the taste rather more attractive.

A short course of White Willow will help relieve pain and inflammation caused by flu or fever. It also treats general pain from fatigue or strain. Some patients will also use it to treat rheumatism.

Egyptians originally used it to treat inflammation and digestive problems. Chinese physicians have used Willow to relieve pain since ancient times, but it took 2,000 years for this use to catch on in the West  an event that occurred almost by accident.

During the mid-1700s, British minister/physician Edmund Stone was trying to find a cheap substitute for cinchona bark, the rare, costly South American herb used to treat malaria (and later shown to contain the antimalarial drug, quinine). Cinchona was a bitter-tasting bark, and near Stone’s Oxfordshire home, he found another bark that looked and tasted similar-It was White Willow. As an experiment, he gave Willow bark tea to people with fevers. Their fevers and pain subsided.

During the early 19th century, European chemists created Aspirin from White Willow bark’s active chemical, salicin. Aspirin came to the market for the first time in 1899, and within a few years, it was one of the most popular drugs on earth.