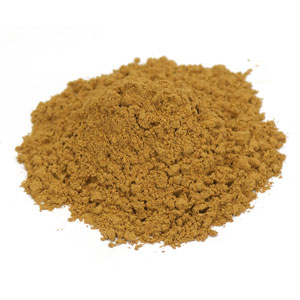 Guarana, from the Portuguese guaraná ( Paullinia cupana, syn. P. crysan, P. sorbilis ) is a climbing plant belonging to the Maple family, Sapindaceae, native to the Amazon basin and especially common in Brazil.

Guarana features large leaves and clusters of flowers, and is best known for its fruit, which is about the size of a coffee bean. As a dietary supplement, Guarana is an effective stimulant: its seeds contain about twice the concentration of caffeine found in coffee beans (about 24.5% caffeine in guarana seeds compared to 12% for coffee beans).

As with other plants producing caffeine, the high concentration of caffeine is a defensive toxin that repels pathogens from the berry and its seeds.

The word Guarana comes from the Guaraní word guara-ná, which has its origins in the Sateré-Maué word for the plant, warana. that in Tupi-Guarani means “fruit like the eyes of the people”

It is also found in the rainforest of Amazon where the tribe, Guarani have harvested it for centuries.

The Guaranís would make a tea by shelling, washing and drying the seeds, followed by pounding them into a fine powder. The powder is kneaded into a dough and then shaped into cylinders. This product is known as guarana bread, which would be grated and then immersed into hot water along with sugar.

This plant was introduced to European colonizers and to Europe in the 16th century by Oviedo, Hernández, Cobo and other Spaniard chroniclers. By 1958, Guarana was commercialized.