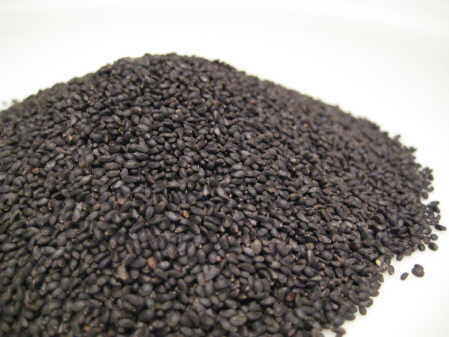 Tukmaria or Basil  seed has a very mild flavour (rather like poppy seeds) and is generally used in light desserts thanks to its gelatinous properties when it’s soaked and swells in water.

These seeds are used in Indian cooking for the dessert called Falooda which is a sweet pudding or when made thin, a drink, made using agar, milk, ice cream and various flavourings such as vanilla, Green Cardamom, rose water, cinnamon or fruits such as strawberry. The seeds float at the bottom and are absolutely delicious but best soaked, drained and dried before using.