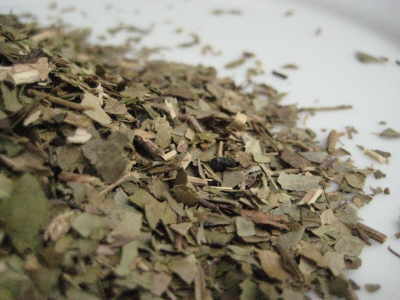 The Elder (Sambucus nigra) is a genus of between 5-30 species of fast-growing shrubs or small trees (two species herbaceous), formerly treated in the honeysuckle family Caprifoliaceae, but now shown by genetic evidence to be correctly classified in the moschatel family Adoxaceae.

Elder leaves appear in early spring and are best harvested in April before the flowers appear but can be harvested up until autumn if required. Usually not taken internally as a result of the green parts of the plant being mildly poisonous, containing cyanogenic glycosides including sambunigrin but an infused or macerated oil  made with the leaves is of considerable use in ointments for bruising, sore muscles and chilblains.  When applied topically, they appear to break down bruises and work as an anodyne or relaxant to relieve pain. If using them to make an infused oil, pick the leaves on a dry and sunny day as excess moisture in the leaves can turn the oil rancid quickly which is why dried leaves ( this product ) is a popular alternative.