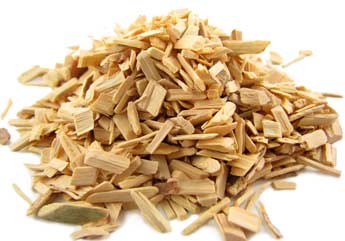 Overdosing can cause dizziness and headache. Not recommended for long term use, or if you have a history of Liver or Kidney problems without the supervision of a qualified practitioner

Hydrangea Root (Hydrangea arborescens) is native to the southeastern United States and northeastern Asia. It grows near water, hence its name. The name is derived from the Greek, meaning water vase. They were brought to England in the 1730’s where the popularity as an ornamental grew quite rapidly. The grayish roots used in herbal medicine have little odour but a sweet and pungent taste.

It is also known as Seven Barks, Wild Hydrangea or Mountain Hydrangea and in Chinese, Xiùqiú Gēn

English folklore calls it an unlucky plant for young ladies looking for a husband. It has been said that people who allow the plant to grow near their house have cursed their daughters to the life of a spinster.

It is most typically used in herbal preparations for treating kidney stones but there is a lot of current interest in its possible assistance with auto immune disease control and much research is currently being undertaken in this field.

It contains Calcium, Chromium, Cobalt, Kaempferol, Magnesium, Manganese, Phosphorous, Potassium, Quercetin, Rutin, Selenium, Dilicon, Sodium, Tin, & Zinc. It is the dried root or rhizomes that are used in herbal preparations rather than the foliage and is usually taken as an infusion or in a sugar syrup.