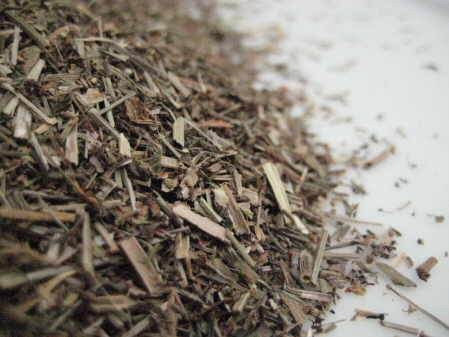 Ladies Bedstraw is abundant on dry banks, chiefly near the sea. Its small, bright yellow flowers are closely clustered together in dense panicles at the tops of the wiry, square, upright stems, which are 1 to 3 feet high, and bear numerous very narrow, almost thread-like leaves, placed six to eight together in whorls. The flowers are in bloom in July and August.

It is still used today but to a limited extent, as a popular remedy in gravel, stone and urinary diseases but it wasonce  highly esteemed as a remedy for epilepsy and hysteria in the past, and was applied externally in cutaneous eruptions, in the form either of the recently expressed juice, or of a decoction from the fresh plant. It has little or no odour but has an astringent, acidulous and bitterish taste.

The plant has the property of curdling milk, hence another of its popular names ‘ Cheese Rennet.’ It was called ‘ Cheese Renning’ in the sixteenth century, and Gerard says (quoting from Matthiolus, a famous commentator of Dioscorides), the people of Thuscane do use it to turne their milks and the cheese, which they make of sheepes and goates milke, might be the sweeter and more pleasant to taste.

Cheshire, especially around Nantwich, where the best cheese is made, do use it in their rennet, esteeming greatly of that cheese above other made without it.

The rich colour of this cheese was probably originally derived from this plant, though it is now obtained from annatto seed

The Highlanders also made special use of Yellow Ladies Bedstraw to curdle milk and colour their cheese, and it has been used in Gloucestershire for the same purpose, either alone or with the juice of the stinging-nettle. It can be used to furnish a yellow dye from the fresh or dried herb whilst the root makes a red dye.