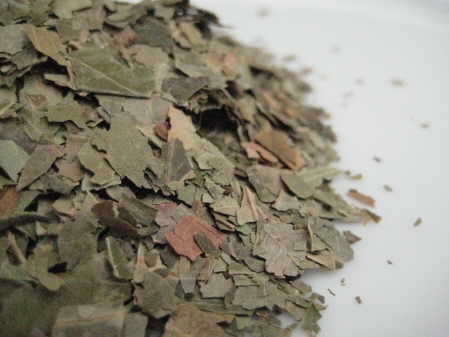 Also known as Azad Dirakht (Persian), DogonYaro (Nigerian), Margosa & Neeb (Arabic), Nimtree & Nimba (Sanskrit), Vepu, Vempu, or Vepa (Telugu), Veppam (Tamil), Arya veppu (Malayalam) and Indian-lilac. In East Africa it is also known as Mwarobaini (Swahili), which means the tree of the 40 as it is believed to treat 40 different diseases. In India the tree is known as Divine Tree, Heal All, Nature’s Drugstore, & Village Pharmacy

Neem Leaf comes from a tree in the mahogany family Meliaceae. It is one of two species in the genus Azadirachta, and is native to Bangladesh, India, Myanmar, and Pakistan growing in tropical and semi-tropical regions.

The neem tree is very similar in appearance to the Chinaberry, all parts of which are extremely poisonous.

The neem is a tree noted for its drought resistance. It is a life giving tree in South India, especially for the dry coastal southern districts. It is one of the very few shade giving trees that thrive in the drought prone areas. The trees are not at all delicate about the water quality and thrive on the merest trickle of water, whatever the quality might be. In Tamil Nadu it is very common to see neem trees used as shade giving trees lining the streets or in most people’s back yards.

Also known as Azad Dirakht (Persian), DogonYaro (Nigerian), Margosa & Neeb (Arabic), Nimtree & Nimba (Sanskrit), Vepu, Vempu, or Vepa (Telugu), Veppam (Tamil), Arya veppu (Malayalam) and Indian-lilac. In East Africa it is also known as Mwarobaini (Swahili), which means the tree of the 40 as it is believed to treat 40 different diseases. In India the tree is known as Divine Tree, Heal All, Nature’s Drugstore, & Village Pharmacy

In India, Neem Leaf is regarded as a panacea for all diseases. Products made from neem have proven medicinal properties, being anthelmintic, antifungal, antidiabetic, antibacterial, antiviral, anti-infertility, and sedative. It is considered a major component in Ayurvedic medicine and is particularly prescribed for skin disease.

Neem twigs are used for brushing teeth in India, Bangladesh and Pakistan. This practice is perhaps one of the most effective early forms of dental care.

All parts of the tree (seeds, leaves, flowers and bark) are used for preparing many different medical preparations

Neem oil is used for preparing cosmetics (soap, shampoo, balms and creams), and is useful for skin care such as acne treatment, and maintaining skin elasticity

Besides its use in traditional Indian medicine the neem tree is of great importance for its anti-desertification properties and possibly as a good carbon dioxide sink.

Neem Gum is used as a bulking agent and for the preparation of special purpose food especially food for diabetics.

Neem is deemed very effective in the treatment of scabies although only preliminary scientific proof exists which still has to be corroborated, and is recommended for those who are sensitive to permethrin, a known insecticide which might be an irritant. Also, the scabies mite has yet to become resistant to Neem, so in persistent cases Neem has been shown to be very effective. There is also anecdotal evidence of its effectiveness in treating infestations of head lice in humans.

A tea made of boiled Neem leaves, sometimes combined with other herbs such as ginger, can be ingested to fight intestinal worms.

The tender shoots and flowers of the neem tree are eaten as a vegetable in India. Neem flowers are very popular for their use in Ugadi Pachadi (a soup-like pickle) which is made on Ugadi day in South India. A soup like dish called Veppampoo Rasam (translated as ‘juice of neem flower’) made of the flower of neem is prepared in Tamil Nadu.

Neem is also used in parts of mainland Southeast Asia, particularly in Cambodia and Thailand where it is known as sadao or sdao, Laos where it is called kadao and Vietnam. Even lightly cooked, the flavour is quite bitter and thus the food is not enjoyed by all inhabitants of these nations, though it is believed to be good for one’s health. Neem Gum,however, is a rich source of protein.