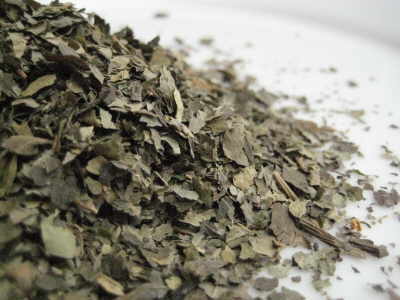 It is a small shrubby tree which grows in the northeastern part of Brazil, Peru and Equador and can grow to a height of 5 to 20 feet.  It has large feathery leaves and numerous flowers. Explorers to Brazil in the 16th century discovered that indigenous tribes used the plant to treat mouth ulcers, colds, and flu. Samples were eventually taken to Peru, where researchers discovered that it also had the ability to promote sweating and salivation.

It’s important to understand the difference between Jaborandi and its consituent, Pilocarpine. Jaborandi itself is rarely used as a medicinal herb nowdays in Western medicine, but it is used in the production of pilocarpine, an FDA-approved prescription medication. Pilocarpine eye drops are used for treating glaucoma. Pilocarpine tablets are used for treating dry mouth due to radiation treatment (as in radiotherapy) or dry mouth and dry eyes due to a condition called Sjogren’s syndrome. It is not clearly understood how jaborandi as a herb works if at all whilst Pilocarpine, its primary constituent, is well understood. The herb itself is thought to stimulate saliva production, sweat, and muscle contractions in the stomach and intestines for which it has been used for centuries in the Amazon.

It is traditionally used in South America to promote scalp health and hair growth by simply making an infusion of the herb and when cool giving a final rinse of the hair with it.

Its traditional uses are for treating Diarhhoea, Glaucoma, and to promote sweating.

Jaborandi is generally considered not to be safe to take internally as a herbal ingredient as so little is known about it and its principal constituent, Pilocarpine, an approved constituent used to treat Glaucoma is easy to overdose upon. It is strongly recommended that you consult with an alternative health professional rather than self medicate. Those who are pregnant should avoid this herb.