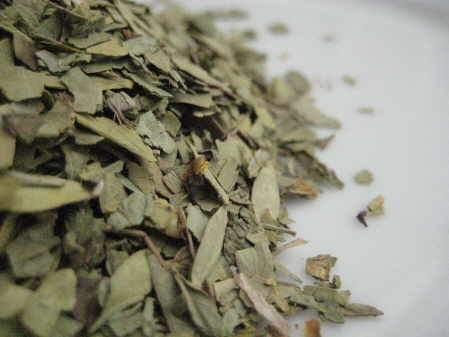 SENNA PODS & LEAVES  or the dried, ripe fruits, are official in the British Pharmacopceia, though the quantity is restricted, as an adulterant, in the United States Pharmacopoeia. The pods are milder in their effects than the leaflets, as the griping is largely due to the resin, and the pods contain none, but have about 25 per cent more cathartie acid and emodin than the leaves, without volatile oil. From 6 to 12 pods for the adult, or from 3 to 6 for the young or very aged, infused in a claret-glass of cold water, act mildly but thoroughly upon the whole intestine.