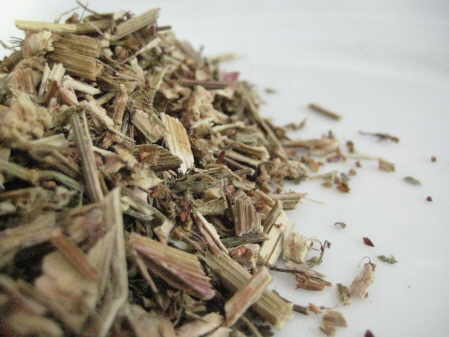 Sheep’s Sorrel (Rumex acetosella) not to be confused with Garden Sorrel which is Rumex acetosa, is a perennial weed but hard to find and correspondingly expensive, particularly at certain times of the year when it cannot be harvested – you will find it difficult to obtain. Also known as Sheep’s, Field or Red Sorrel, and Sour Weed

It has a number of purported uses and folk remedies that include treatment for inflammation, cancer, diarrhoea, scurvy and fever. A tea made from the stem and leaves can be made to act as a diuretic. It also has certain astringent properties and uses. Other historical uses include that of a vermifuge, as the plant allegedly contains compounds toxic to intestinal parasites (worms).

Its alleged use as a cancer treatment, generally considered a folk remedy, is as a primary ingredient in a preparation commonly referred to by the name Essiac.