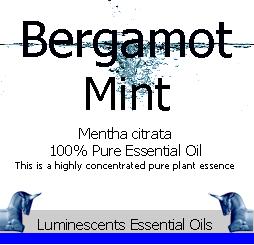 COLOUR:Pale yellow that darkens with age

It is not a rare mint but it is seldom available for purchase in its dried raw form as no industry exists to collect, dry and process it nor is there much demand to make such an industry viable so it has to be collected by hand by those who know it and in such small quantities that the required legislative procedures to check it for microbial or fungal infection and issue a certificate of authenticity and safety is prohobitively expensive, hence its rather expensive retail price. The same applies to the essential oil which is rare to find from a not so rare plant – simply because so little of it is made.

It is anti inflammatory and antispetic yet gentle so is often to be found in acne and oily skin preparations, It is a calming and balancing oil.

All the citrus oils plus Chamomile, Lavender, Petigrain and Sandalwood

The ancient Greeks used Mint to scent their bath water. It also had a reputation for curing sexually transmitted diseases like gonorrhea, and for whitening teeth and healing sore gums. This might be credited to its ability to mimic a local anesthetic and, of course, was not successful.