View basket “Rosehips Whole – Rosa canina” has been added to your basket. 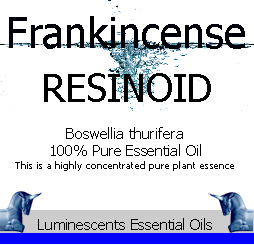 SCENT: Frankincense Resinoid essential oil has a warm, rich smell with a tang of lemon and woody camphor. It is relaxing, uplifting calming and mildly antiseptic.

COLOUR: Frankincense Resinoid essential oil has a pale yellow hue which can darken with age

Boswellia thurifera from Somalia and India.- THIS PRODUCT