View basket “Horsetail Herb – (Equisetum arvense)” has been added to your basket. 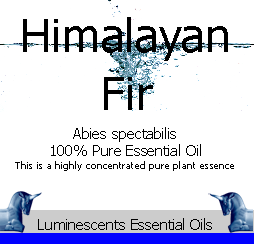 Abies spectabilis  from which Himalayan Fir Essential Oil is distilled is a conifer species in the family Pinaceae and the genus firs. It is sometimes held to include the Bhutan fir (Abies densa) as a variety. It is found in Afghanistan, China, Tibet, northern India, Nepal, and Pakistan.It is a large tree, up to 50 metres in height.

The tree has a wide distribution across the high elevations in the countries listed above , but it has suffered from logging and deforestation, especially at the lower elevations it grows.

In some areas it is considered as near threatened.