View basket “Curry Blend – Rogan Josh Style” has been added to your basket. 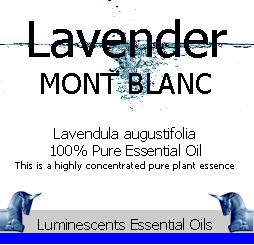 SCENT: Lavender Mont Blanc Essential Oil is a sweet floral note preferred by many. It is very similar in scent to the more common Lavender Population. Due to the different growing conditions (altitude, soil conditions, sun exposure, access to water), practitioners can expect this oil to provide some subtle differences in tone.

Lavender Mont Blanc, as its name suggests, is a high altitude lavender and is very similar in scent to the more common Lavender Population. Due to the different growing conditions (altitude, soil conditions, sun exposure, access to water), practitioners can expect this oil to provide some subtle differences in tone.