View basket “Tukmaria (Basil) Seeds” has been added to your basket. 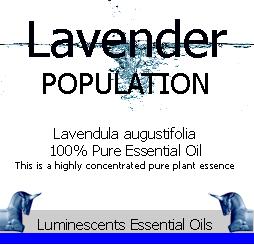 SCENT: Lavender Population Essential Oil has a slightly different note from Lavender French. A more full-bodied aroma similar to fresh lavender flowers, but therapeutically has the same range of properties as that of Lavender French.

Lavender Population Essential Oil is distilled from the species Lavendula augustifolia which is an evergreen woody shrub, up to 1 metre  tall, with pale green, narrow linear leaves and violet blue flowers. It is a very high therapeutic grade oil comparable in status to the lesser known Lavender French. The different soil, temperature, precipitation, etc. contributes to some subtle changes in scent.