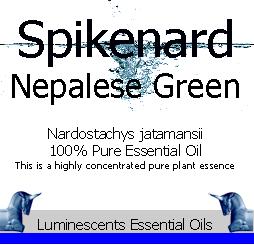 Spikenard Nepalese Green (Nardostachys jatamansii) is a soft, aromatic herb with a strongly pungent rhizome root. It is native to the mountainous regions of Northern India, The Himalayan plateau as well as Sikkim, Bhutan, China and Japan. It is sometimes known as Nard, Nardin, or Muskroot and belongs to the Valerian family of plants. It is referred to as Nepalese because that is where it originates and the “green” refers to its young age. It is taken from young rather than mature rhizomes.