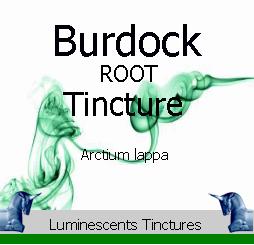 Burdock Root Tincture contains flavonoids and many antibacterial substances such as arctiol, fukinone and taraxasterol and are mildly laxative, mildly diuretic, and depurative in that order.