View basket “Cleavers Herb Tincture” has been added to your basket. 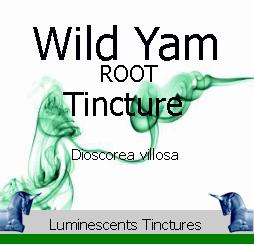 Wild Yam Root Tincture (Dioscorea villosa) has a long history of usage in Central America, and was popular amongst the Ancient Aztec and Maya people primarily for pain relief and is also known as Colic Root or Rheumatism Root. One of the constituent parts of the plant has in recent years become important as a starting point for the synthesising of progesterone (one of the main female sex hormones) and also cortisone. The progesterone synthesised from wild yam was subsequently used in the manufacture of the first contraceptive pill.

to refer to its medicinal use, though many references suggest that it also refers to the strong odour.