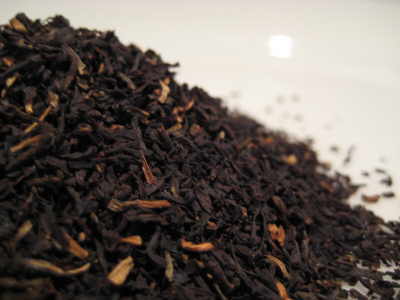 Assam Harmutty Golden Flowery Broken Orange Pekoe (GFBOP)  is a solid single estate broken-leaf Assam with a robust malty flavour. While it is complex enough to be a good self-standing tea, the addition of a splash of milk brings out a subtle honey flavour of the brew. It is one of the oldest Assam tea estates from the 1870’s.