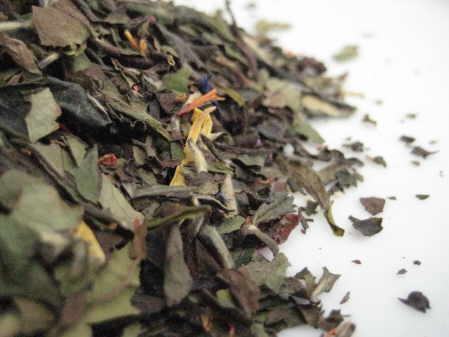 China Chantilly Cream Chaicha White Tea from Fujian province is a flavoured white tea using Pai Mu Tan leaves from the varietal tea bush known as Narcissus, also known as Chaicha. Only the top 2 leaves and a bud are handpicked and then carefully left to simply wither and dry naturally in the sun. The leaves are blended with an assortment of floral petals and naturally flavoured with Pomegranate and Vanilla creating a spectacular visual display and rich creamy flavour. It is golden liquoring with orange highlights