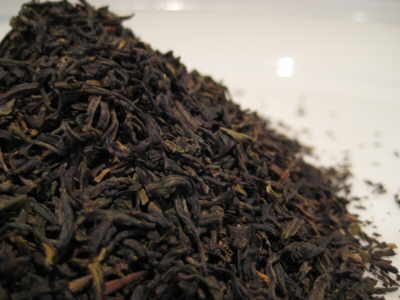 China Chun Mee Green Tea is from the Zheijiang province. Light liquoring with a golden-green colour.

Chun Mee literally means precious eyebrows and is a slightly more acidic tea, a tiny bit dusty and less sweet than most green teas from China but with a well rounded flavour that is good any time during the day or evening.