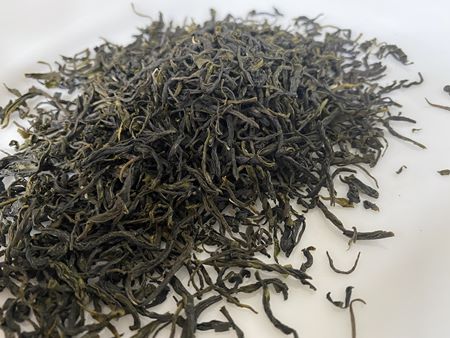 China Fujuan Mao Feng Green Tea is a superb quality green tea with a spring grass and fruity aroma and a greenish yellow infusion. A mellow cup with prune and peony notes and lingering sweet mouthfeel.

It can almost always be found on the China Famous Tea list.

The tea is grown near Fujian which is a coastal province in Southeastern China on the shores of the South China sea, facing the 110 mile-wide Taiwan Strait. The province is mostly mountainous and heavily covered in dense forests. The elevation varies from sea level to 2,174m at the peak of Mount Huanggang, in the Wuyi Mountains, offering a formidable natural barrier between the coast and the interior of China.