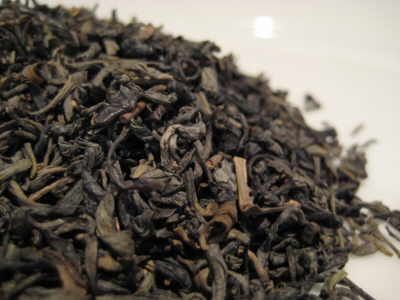 Young Hyson, or Lucky Dragon Tea, is a smooth and mellow Chinese Green Tea, thought mediocre by many, from the Anhui province of China. It is made from young leaves that are thinly rolled to have a long, twisted appearance that unfurls when brewed. The name Hyson is likely a Cantonese  name meaning Flourishing Spring but  some believe it was named after an English tea merchant, Phillip Hyson.