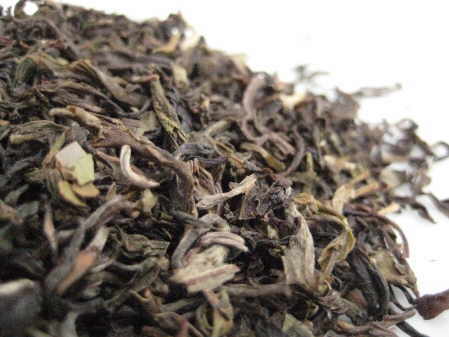 Nepalese High Grown Himalayan Junchi SOP Green Tea is a high-grown Nepalese tea, with a brisk and rounded grassy and mossy flavour with a mild muscatel finish and a golden coppery liquor.

Nepalese Teas are distinctive in their appearance, their aroma and their taste, but share some similarities to Darjeeling teas, probably because the eastern zones of Nepal have geography and topography similar to Darjeeling. Its relatively smaller production quantities mean that teas from Nepal are less well known than those from Darjeeling.

Cultivated in hilly areas and in high altitudes makes for the highest quality tea. In Nepal, the Eastern mountainous regions host most of the orthodox (as opposed to crush, tear and curl) tea crops at altitudes approximating 3000–7000 feet above sea level.

Nepal has six districts in which Orthodox tea is produced; Ilam, Dhankuta, Kaski, Terhathum, Sindhulpalchok, and Panchthar. This tea is a Dhankuta.

Among these districts there are a small number of medium-to-large scale tea estates as well as a large number of smallhold farmers. Once the tea plant reaches maturity, its leaves can be harvested around four to five times a year and for many years. The different harvests of tea are called flushes. In Nepal there are four separate flushes in a growing season. The first flush, second flush, monsoon flush, and autumn flush.

Today, Nepal’s tea industry is dominated by private interests with the first private orthodox factory, Bhudkharan tea private limited being established in 1960, whereas in the 1980s the tea industry was a Government monopoly prior to the liberalization of the tea industry.

At present, Nepal produces approximately 16.29 million kilograms of tea per annum on an area of 16,718 hectares. It accounts for only 0.4% of the total world tea output. Tea is taken as self-dependent cash crop in agroforestry practice and is found as the most important example of long term sustainable farming. The main tea producing regions in Nepal are Jhapa, Ilam, Panchthar, Dhankuta, Terhathum with newly involved regions being Kaski, Dolakha, Kavre, Sindhupalchok, Bhojpur, Solukhumbu and Nuwakot, with an ambition to increase the total tea production in Nepal.