Herbal Tea and infusions (Tisane or decoction) is a general term for the use of any hot or cold beverage made from plant material steeped in water other than the tea bush (Camellia sinensis) Purists would argue that tea can only be called tea if its made from the Camellia sinensis leaf (in all its forms) and anything else is an infusion! 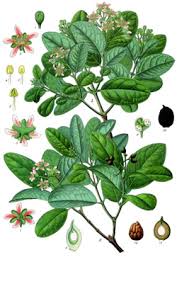 Herbal tea and infusions are mostly consumed for their perceived health benefits which may be for a specific malady where a herb or combination of herbs and botanicals is known to contain chemical constituents that may be helpful in the relief of discomfort or it may be for general health giving properties like high antioxidant content, high vitamin or mineral content required for good health. Not to ignore the many which are consumed purely for the taste and fragrance. Many also have stimulant, anti inflammatory, pain relieving, sedative or relaxing properties and a herbal tea is the most simple way to consume such plant material’s constituents, easy to make, enjoyable to consume and with so many benefits, not least there is no caffeine in them.

Herbal Infusions have been used for nearly as long as written history has existed. Documents, stone tablets, scrolls and dedications have been recovered dating back to as early as Ancient Egypt and Ancient China extolling the virtues and discussing the enjoyment and uses of herbal infusions.

Now it is not to say that true tea from the tea bush doesn’t also contain antioxidants, mostly in white or the much more popular green teas and seasoned herbal tea drinkers will often blend their own herbal mixes with green tea to make a pleasing decoction to be drunk hot or cold.

Some of our favourite herbal tea and infusions:-

A really good example of this is Tuareg Mint Tea which is traditionally made from Nana Mint (The North African Mint) but travellers who have enjoyed it so much whilst visiting that area seem unaware that the Arabic favoured tea is Gunpowder Green Tea and this, blended with Nana Mint, is the traditional drink, sometimes referred to as Thé a la Menthe in those North African countries that have a history of French colonialism.

It is a far superior drink when made this way than with just mint. We have all seen photos or film of grinning tea bearers in soukhs pouring from one glass to another from a great height, the mint tea that is served usually in glasses. This is called stretching and tends to froth the resultant tea a little but is said, by almost all, to improve the flavour – well yes of course it does, it assists greatly in extracting the flavours from the plant material and is fun but messy too for those not too experienced. Such teas are best served in Russian Tea glasses for appearance sake as well as assisting in cooling the hot mixture to a more palatable temperature.

Some herbal tea and infusions are better made using milk rather than water and an unusual one and great for pain relief in arthritic or rheumatoid conditions is Turmeric and Ginger. Believe it or not – it is actually delicious and so easy to make. Turmeric contains large quantities of Curcumin which is anti inflammatory.

Take two heaped teaspoons of turmeric powdered and one of ginger powdered and bring them to boiling point in a drinkable measure of milk in a small saucepan. Simmer for a 3 minutes but do NOT let the milk boil. Add a pinch of your favourite loose leaf tea for extra flavour if you wish and a sweetener of your choice if so desired (honey is best). Stir all the time you are simmering and then let the mixture rest for a minute or so. Pour from one container to another several times to froth or use a commercially made whisker if you like but it tastes better (although it is probably only psychological) if frothed so even vigorous whisking with a fork seems to improve it.

Much herbal tea and infusions is made using the herbal material in sugar syrup in order to make a final cordial that may be drunk diluted with ice cold still water or, more usually, carbonated water.

Karkady is probably one of the best known of these and is widely consumed in Egypt. It is made from whole hibiscus petals and the resultant cordial not only tastes delicious but is a most beautiful purple colour. Simply take 100 grams of Hibiscus petals and steep for twenty four hours in half a litre of water that you have simmered them in for four of five minutes first. Strain the petals out of the liquid after 24 hours and add twice the volume of the liquid in sugar and bring to the boil slowly again stirring until all the sugar crystals are dissolved. This is most important because if the sugar crystals are not completely dissolved the whole mixture will crystallise again. Do not continually boil the mix otherwise the syrup will become too thick. Let the resultant syrup cool and bottle in properly sterilised bottles and refrigerate. Use as a cordial base as and when. Other variants are Rose Petals, Jasmine Flowers, and Orange Blossom.