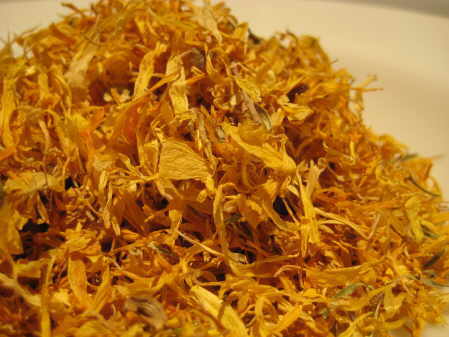 This product is just the petals of the Marigold flower plucked, by hand, from the heart of the flower. The hearts are not included.